Captivated by the Cross

Get Dr. John Neufeld's broadcasts in your inbox

Receive the daily broadcast in your email every weekday morning

Captivated by the Cross 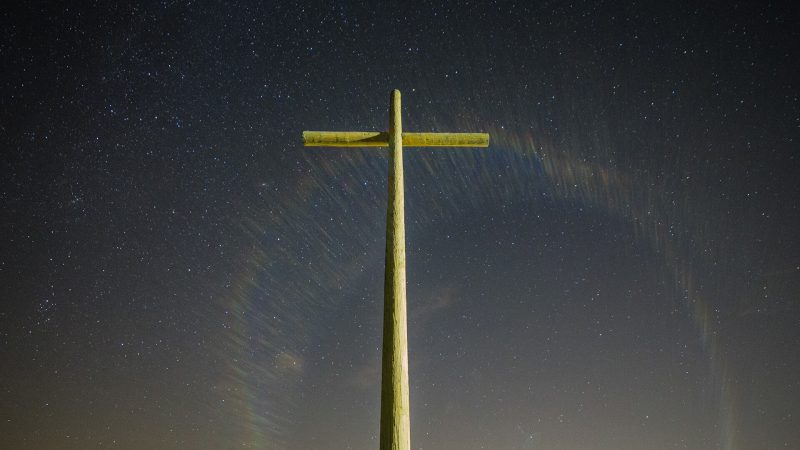 Are you captivated by Jesus on the cross?

I remember some years ago being captivated not by a man on a wooden cross, but by a man on a building. It was an ongoing story of a man illegally climbing a tower in New York City with suction cups. From the moment I saw the initial news report on social media, I was locked in — especially since news channels were capturing the event on video for us to watch live. Reflecting back on that moment, I remember feeling guilty for spending so much time watching it, since I had other priorities. Something about this spectacle held my attention with a firm grip.

I’m sure you’ve experienced something similar — some awesome (or awful) display in the world that held your (and probably others’) attention so powerfully that you couldn’t seem to do or think about anything else. We could call this kind of display a spectacle. And spectacles, throughout the history of the world, captivate us. They have a special allure that draw eyes and demand attention. And depending on the kind of spectacle and the degree to which it captivates, they can greatly impact someone — not just for a moment, but for a lifetime.

I recently talked with author Tony Reinke on the show about his newest book, Competing Spectacles: Treasuring Christ in the Media Age. The reality is this: our eyes are hungry, and what we give them to feed on influences us — either for the good or the bad. Reinke, however, helps readers to consider the “Greatest Spectacle,” Jesus Christ in the gospel, and how that spectacle can influence you for the better like nothing else.

The reality is this: our eyes are hungry, and what we give them to feed on influences us — either for the good or the bad.

For a number of us Christians, it can be embarrassing and even humbling to realize that many spectacles before our eyes today grab more of our attention than Jesus on the cross. Maybe it’s the spectacle of a man climbing a tower, a sports game, a sudden controversial news story, or a natural disaster. Now, there’s nothing wrong with giving our attention to these things, and even letting them play with our emotions sometimes, but these things should never impact and influence us more than the great spectacle of Jesus on the cross.

Consider these words from one ancient Christian writer named Luke, on the event of the crucifixion:

“It was now about [12pm], and there was darkness over the whole land until [3pm], while the sun’s light failed. And the curtain of the temple was torn in two. Then Jesus, calling out with a loud voice, said, “Father, into Your hands I commit My Spirit!” And having said this He breathed His last. Now when the centurion saw what had taken place, he praised God, saying, “Certainly this man was innocent!” And all the crowds that had assembled for this spectacle, when they saw what had taken place, returned home beating their breasts. And all his acquaintances and the women who had followed him from Galilee stood at a distance watching these things (Luke 23:44-49).”

The death of Jesus on the cross was a true spectacle. People saw something so awesome and awful that gripped their heart’s attention. And the result of viewing this spectacle had impact. Consider the centurion[1]. Luke says that “when [he] saw what had taken place, he praised God,” and even affirmed Jesus’ innocence! And look at the crowds — “when they saw what had taken place, [they] returned home beating their breasts,” which means they were filled with grief and repentance. Viewing the great spectacle of Jesus on the cross influenced not only their emotions, but their actions and beliefs.

The death of Jesus on the cross was a true spectacle. People saw something so awesome and awful that gripped their heart’s attention. And the result of viewing this spectacle had impact.

Now, it would be easy to say, “Sure, I get that seeing the event of Jesus on the cross in real time would be quite the spectacle if you were there, but I live two thousand years later. I wasn’t there.” That’s a solid point. But take a look at what one prominent Christian leader wrote in a letter to the church in ancient Galatia:

“O foolish Galatians! Who has bewitched you? It was before your eyes that Jesus Christ was publicly portrayed as crucified (Galatians 3:1).”

The author of this letter, named Paul, was astounded at the fact that the church in Galatia had been captivated by a false gospel — leading them away from the true one. You can see Paul’s frustration at them! But notice how Paul writes that “before [their] eyes” Jesus was “crucified.” Now, it’s true that some of these Galatians could have been at the physical event of the crucifixion about 15 years earlier, but this is probably not what Paul was talking about. Rather, he was talking about his preaching. Paul had previously preached to them about Jesus dying on the cross, and he believed he had preached it so vividly in their presence that it would have made them feel like they were actually at the event.

What we can gather from this is the simple and profound truth that the preaching and sharing of the message of the gospel — Jesus Christ on the cross — has the ability to affect people in the same way as if they were actually there at the cross. We can truly see Jesus on the cross in our hearing and understanding of the true gospel.

If we’re not captivated by the cross like we’d want to be, have we really heard and understood the message of the cross?

So, here’s my challenge for all of us. It begins with a question: if we’re not captivated by the cross like we’d want to be, have we really heard and understood the message of the cross? Have we really seen the great spectacle of Jesus and what he’s done? My challenge for us, even those of us who have read and heard the gospel time and again, is to daily come back to the true gospel and see the spectacle for what it is. Everything in our heart might pull us away — and other spectacles will certainly be demanding our attention — but we must dedicate intentional time to hear, see, and understand the cross of Jesus. So, may we ask the Spirit for help as we devote ourselves to experience the gospel daily, so that we might be people who are captivated by the cross and therefore experience the incredible impact and influence it has on us.

[1] A centurion was a Roman official who had 100 soldiers under him.

The post Captivated by the Cross appeared first on indoubt. 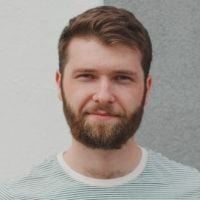 Isaac is the host of Back to the Bible Canada's "indoubt", a topical show discussing both practical and theological matters with leaders across the world. You can listen to indoubt by clicking here.

We use cookies on our website to give you the most relevant experience by remembering your preferences and repeat visits. By clicking “Accept”, you consent to the use of ALL the cookies.
Do not sell my personal information.
Cookie SettingsAccept
Manage consent