Lessons to Be Learned 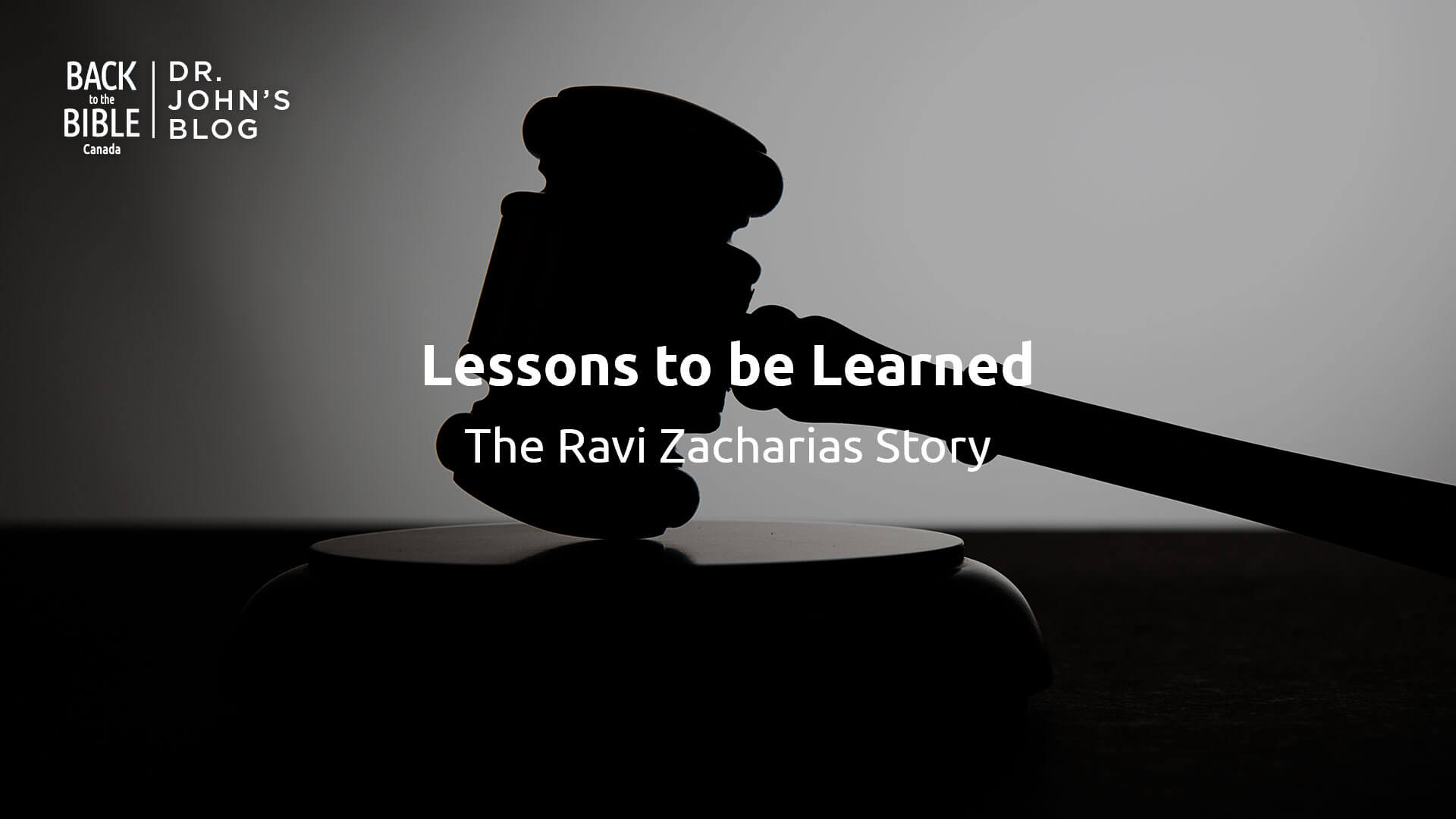 By now, anyone who is interested knows of the independent investigation into the sexual misconduct of Ravi Zacharias, conducted by Miller and Martin. RZIM has acknowledged that the report is valid. Mr. Zacharias’s conduct has been far worse than we could have imagined. By all accounts, Ravi Zacharias was a sexual predator. The Christian and Missionary Alliance has posthumously revoked his ordination. (This is the only time they have done this in their 134-year history.) The organization that bears his name is in shock. From my estimation, it will not survive.

By now, so many have written and spoken on this subject. Of special help is Russell Moore’s insightful blog, entitled, “Enraged by Ravi: The wreckage of Ravi Zacharias.” Of special interest is the question of those who were deeply helped and those who were won to Christ by Ravi. What are they to do now? Moore’s insights are excellent in that regard.

But there are other things to be considered.

I am not sure the lesson to be learned is that we must place better structures of accountability around ministers. Lest I be misunderstood, I am in favour of more accountability. However, I believe that skillful and determined liars will always find ways to defeat these structures.

Furthermore, I do not believe the lesson to be learned is that we must not allow Christian leaders to become heroes. There have been great Christian heroes in history. Whether it be the Apostle Paul, Athanasius, Augustine, John Chrysostom, Martin Luther, William Tyndale and many others – God does raise up great leaders to teach, inspire and further the cause of the glorious gospel of Jesus. We need to celebrate those men and women who have left us examples and who inspire. We need to imitate their faithful lives. We need more heroes, not fewer ones.

Finally, I do not believe the lesson to be learned is that no one is perfect and that all men and women sin. Already I have heard many suggesting just that. Already some have reminded us of King David’s sin with Bathsheba. In the same way, say these voices, we have to get used to our heroes being less than perfect. To which, we need to respond. Of course, all men and women sin. But as 1 John 5:16 reminds us, there is a sin that leads to death. Sins from which we do not, and will not repent, are not forgiven. They lead to eternal death. Of course, none of us repents of all of our sins. We are not aware of all of our sins. How then shall we repent of them all? But to fail to turn from sins we know to be sin is to walk outside of grace.

I do believe, as time goes on, we will learn more about the decisions Ravi made. It will be instructive to know how the small compromises and small sins led to increasingly larger ones. This may speak to our own souls.

But – I believe the principle lesson we must learn from the tragic life of Ravi, is that found in horrible warning of Hebrews 10:26–27. It states, “For if we go on sinning deliberately after receiving the knowledge of the truth, there no longer remains a sacrifice for sins, but a fearful expectation of judgment, and a fury of fire that will consume the adversaries.”

Lest I be misunderstood, let me make myself clear. I am not claiming to know of Ravi’s eternal state. It may be, that at the very end of his life, Ravi repented in tears. It would be wonderful if it were true. But if we are to believe scripture, there is no hope offered to those, who will not repent. Yes, sin may be habitual. Yes, we may fight sin for a long time. But the believer either fights the flesh in order to kill it, or the flesh kills us. As Paul reminds us in Romans 8:13, “For if you live according to the flesh you will die, but if by the Spirit you put to death the deeds of the body, you will live.”

It is important to make the sad life of Ravi Zacharias into a byword. “Don’t let the little sins rule you, lest you become what Ravi Zacharias became.

1 Corinthians 9:27 says, “But I discipline my body and keep it under control, lest after preaching to others I myself should be disqualified.”

Ravi Zacharias’s sad and hypocritical life is a reminder to all in ministry. It is possible to be effective and win many, yet in the end, hear the words of our Lord say, “Depart from me, I never knew you.”

Of course, Easter is not a tragedy! It is the glorious celebration of Jesus risen from the dead. He is the one who has conquered death, having left the great…

Have this mind among yourselves, which is yours in Christ Jesus, who, though he was in the form of God, did not count equality with God a thing to be…