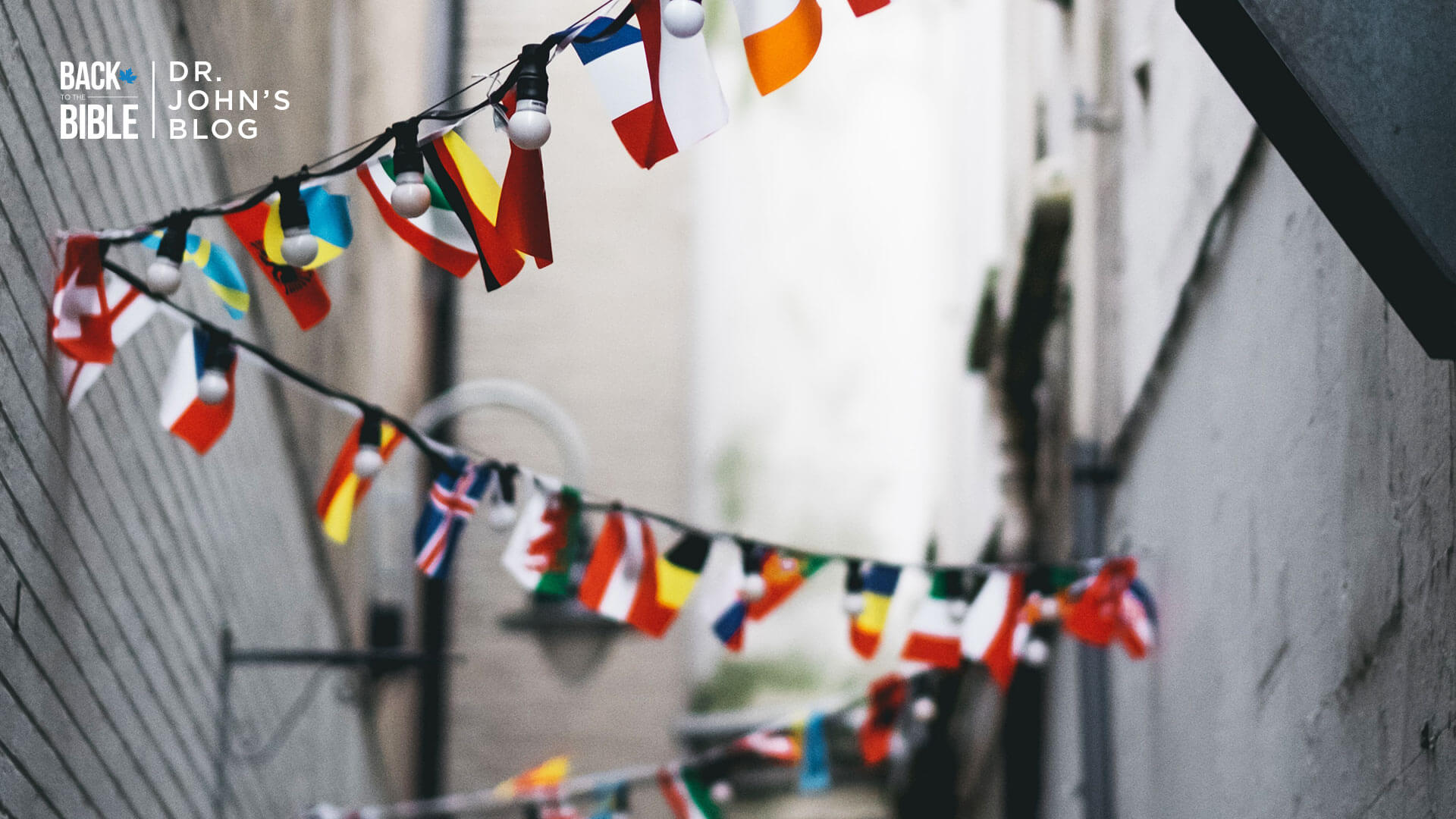 I have childhood and young adulthood memories of my own experience with racism.  I was born exactly 10 years after the end of World War 2.  I am German.  I remember the racist slurs.  I remember being called a Nazi.  I remember my first job after high school.  I had to endure an older woman telling me of how her husband, who had been a soldier in the war, was killed by people the likes of me.  She told me she found it offensive to have to work with me.

I write these lines because of my concern that the ugly face of racism is again showing itself.  For instance, the Vancouver Police Department has reported that there has been an increase of anti-Asian incidents in the city.  Some of these incidents involved name-calling, but others involved violence.  One example is that the Chinese Cultural Centre in Vancouver recently had its windows covered in anti-Chinese racist graffiti.

We must all be careful to make a distinction between government policies and individuals.  How many of us blame fellow Canadian citizens for what might be an unpopular policy of the Trudeau government?  We don’t.  In the same way, why do we blame people of Chinese descent for what has now become the very harsh language that has sometimes come from the communist leadership in Beijing? Or why would we blame all Asians for a disease that seems to have originated in Wuhan, China?

But for Christians, this matter of racism should be a very personal matter.  This is because it goes to the heart of our faith, and of our inclusion in Christ.

“Therefore remember that at one time you Gentiles in the flesh, called ‘the uncircumcision’ by what is called the circumcision, which is made in the flesh by hands—remember that you were at that time separated from Christ, alienated from the commonwealth of Israel and strangers to the covenants of promise, having no hope and without God in the world.  But now in Christ Jesus you who once were far off have been brought near by the blood of Christ.  For he himself is our peace, who has made us both one and has broken down in his flesh the dividing wall of hostility…”

Many argue that when Paul refers to the dividing wall of hostility, he was referring to a reality found in the Jewish temple in Jerusalem.  The temple building itself was built on an elevated platform.  Around it, was the Court of Priests.  East of this was the Court of Israel, and further east was the Court of Women.  These three courts were all on the same level as the elevation of the temple itself.  From this level, one would ascend five steps to a walled platform, and then on the other side of the wall were fourteen more steps to another wall, beyond which was the outer court of the Gentiles.  From any part of this court, the Gentiles could look up to the temple but were not allowed to approach it.  They were cut off from it by a four-foot thick wall which had a notice placed on it in Greek and in Latin.

“No foreigner may enter within the barrier and enclosure around the temple.  Anyone who is caught doing so will have himself to blame for his ensuing death.”

In other words, all foul uncircumcised Gentile dogs will be shot on sight!  Now that – is a dividing wall of hostility!

But the Christian faith has the answer.  Christ is the end of all divisions between people.  He alone brings a community of brotherhood and sisterhood among those who were formerly at odds with each other.  In Christ, Germans and Jews can love each other!  In Christ, Japanese and Koreans can eat together at the table of the Lord.  In Christ, blacks and whites can call each other brother and sister.  In Christ we have peace.

For this reason, Christians cannot be a part of the racist problem.  God has made us to be the answer.

We all know of prominent Christians who have carried on in sin, and then have finally been exposed.  The names are too numerous to mention. …